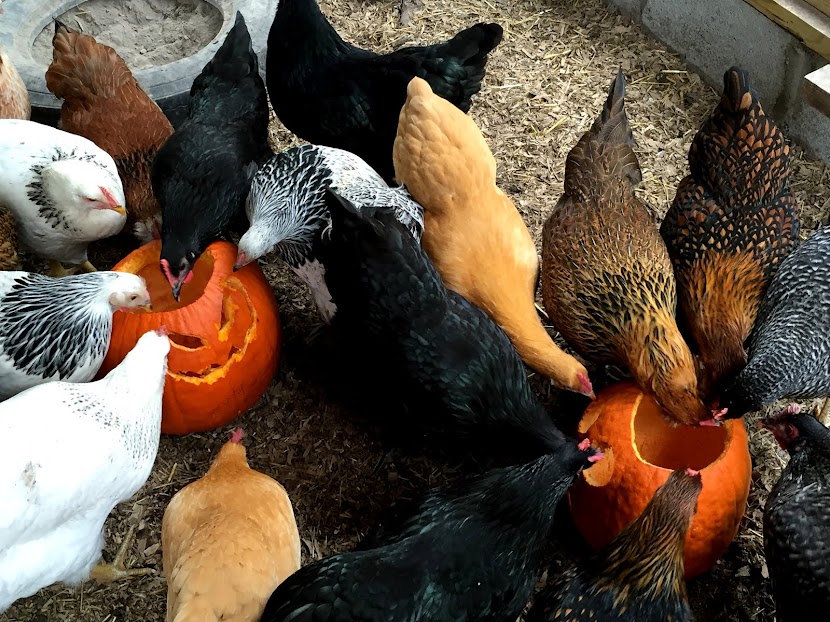 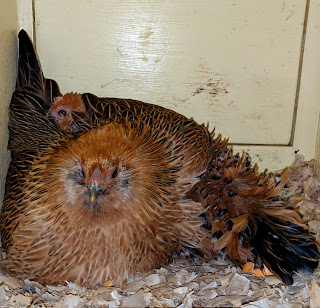 This is how I always remember Crookshanks. Trying to curl up under her mother's wing, even though she was every bit as big as her mom.
Crookshanks was hatched in the spring of 2019. She's really the chicken that shouldn't have been. When she was incubating, the incubator turned off twice. Normally I would stop a hatch at that point, since too many temperature fluctuations can cause birth defects. But my little chicken Ping had been patiently sitting on a nest, waiting for chicks, and these were the only eggs that I had available. So I gave them to Ping, and she hatched out Crookshanks. 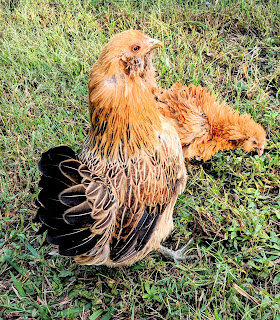 Ping was a very devoted mother. She took great care of her baby, feeding her and caring for her all day long until Crookshanks was 6 months old! Normally chickens wean their chicks in between 5 and 8 weeks. But Ping must have known that Crookshanks needed help. One side of Crookshank's body was shorter than the other, resulting in a slanted walk, eyes that were not quite even, and a bent crooked beak. Ping devotedly fed her baby and clucked over her for longer than I have ever had a hen do so. And Crookshanks grew and learned to mingle with the whole flock. 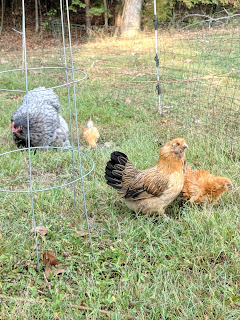 When Ping finally weaned Crookshanks, Crookshanks became best friends with our giant blue cochin, Lenore. I don't have any great pictures of the two of them together, since Crookshanks regarded cameras with a large amount of suspicion. The slightest movement that indicated I would take a picture resulted in her fleeing the scene at top speed. But in the photo above, you can see Crookshanks as a chick with Lenore in the background with her own adopted chick. 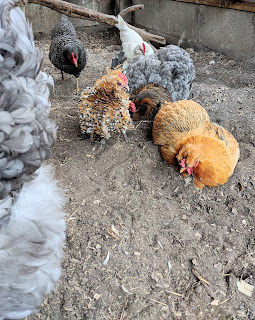 You can see Lenore's feathers on the left hand side in the photo above. Crookshanks was following behind, and I was able to snap a quick photo. But before I could get them both fully in the frame, Crookshanks saw the camera and and hurried out to the yard. She got along amazingly well with the entire flock, including roosters. She was a busy little hen, always happy to boss everyone around, especially those who were 10 times her size!
I wasn't sure if Crookshanks could even lay an egg with all of her defects, but she started laying at 6 months and laid until last week. She lived a full and happy life for an entire year. But then her little body suddenly gave out. I have no idea what sort of defects were inside of her, but I'm sure there were plenty. I'm just glad that she went downhill very swiftly, without a long drawn-out illness. It was an honor to have this little warrior in my flock.
Fly high sweet girl.
Fly high and wait for me. 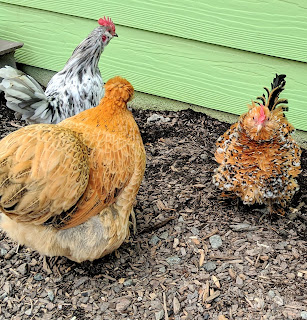 Posted by greengrables at 12:48 PM

Where are we located? Down south in Raleigh, NC! 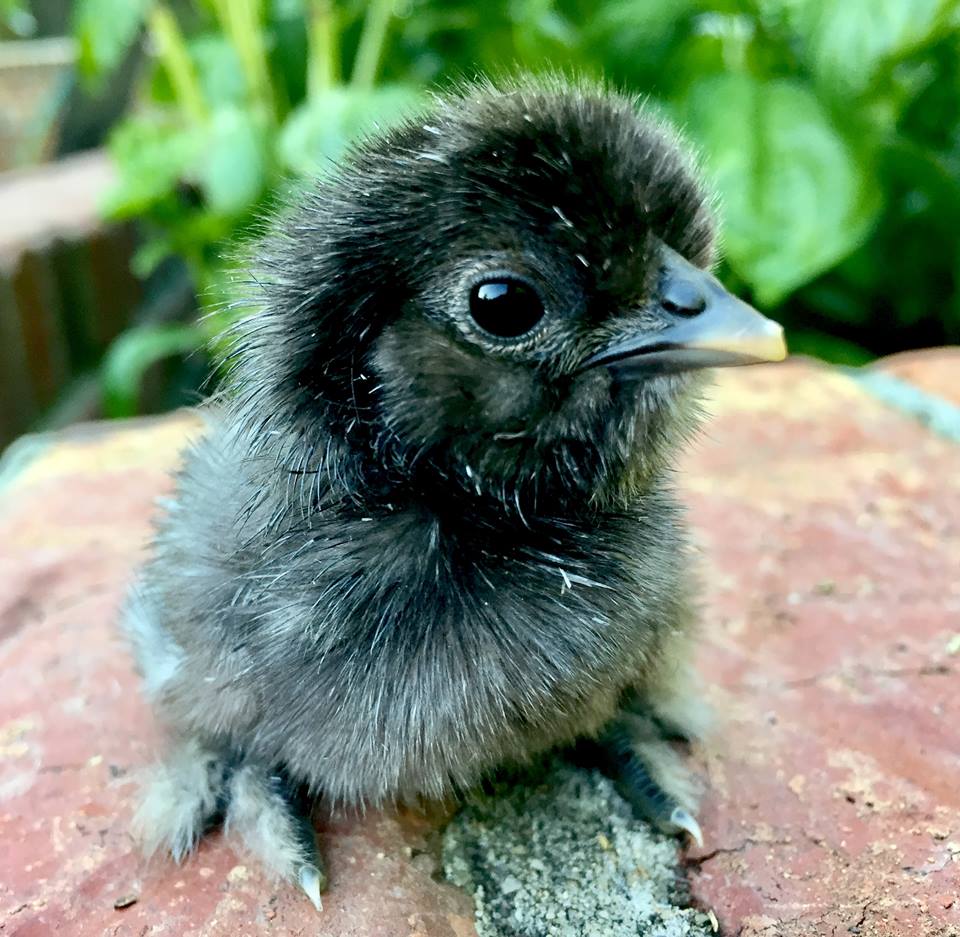